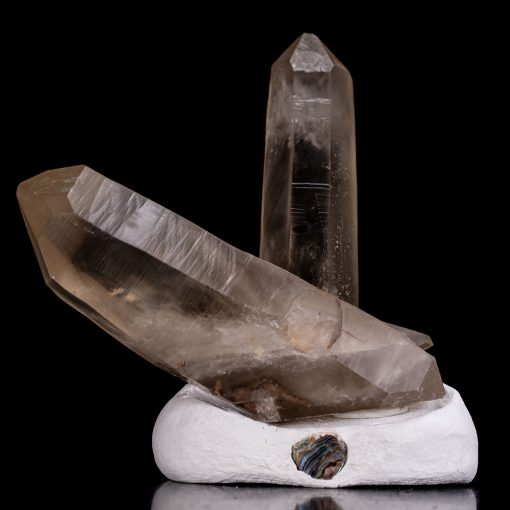 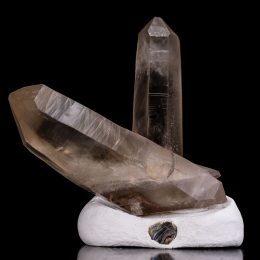 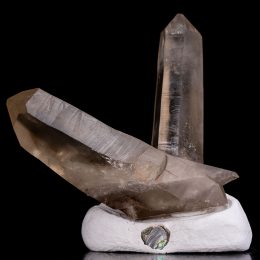 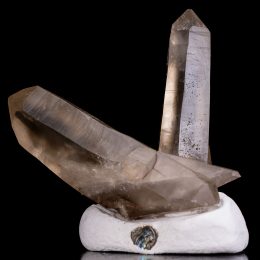 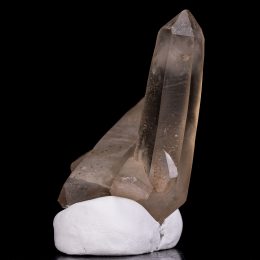 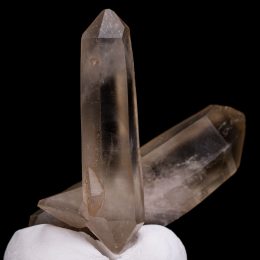 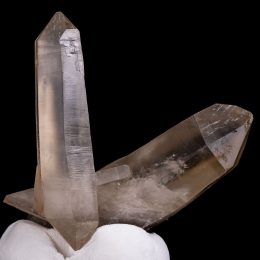 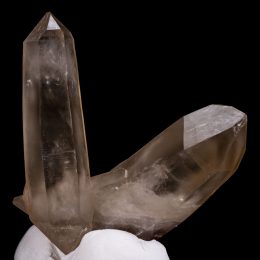 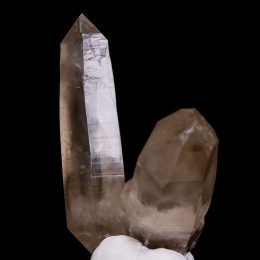 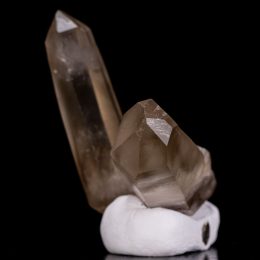 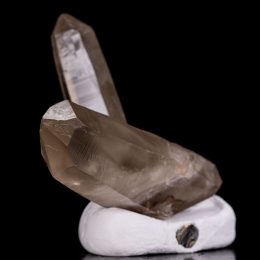 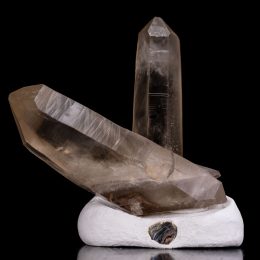 This Smoky Quartz Crystal Cluster is made from all double terminated points and features lovely smoky color with an awesome Time-link Window on the largest point!! The removable base featuring New Zealand Paua shell comes with the crystal! This specimen is in excellent condition. Check out the video just above for the best view of this awesome specimen!

Smoky Quartz is almost the default crystal in any crystal healing layout. It is grounding and protective, and can transform negative energy into positive energy. As one friend put it to me, Smoky Quartz is good for humans, because we are currently quite murky beings ourselves!

It can also be found in Elestial form and on rare occasions, Cathedral formation. Smoky Quartz clusters can be found, but are really quite rare. Sometimes Smoky combines with Amethyst, which gives the benefits of both, as well as creating their own unique combined energy. Phantom Quartz crystals in Smoky are very powerful in breaking old patterns and blockages.

As an elixir Smoky Quartz can have great effect against radiation-induced illnesses. It purges toxicity from the major bodily organs. It is very good for reining in wayward emotions and helps one put things into perspective. Smoky Quartz helps keep us grounded while under great stress. It also is a great boost to the body’s immune system.

Smoky quartz works very well in conjunction with Rose Quartz, Amethyst and Citrine. In some cases you can get Bi-colored crystals such as Smoky and White Quartz, which has a balancing effect in all yin and yang issues. There is also a tri-color Elestial family that has Smoky/White and Citrine Quartz. These are very powerful manifestation crystals and are unfortunately getting hard to find now.

It is a very joyful crystal. It is helpful to hold if you have other crystals that un-ground you such as Moldavite.

Read more regarding Smoky Quartz Properties at the link below (will open in a new tab/window)….

Window Quartz crystals do as their names would suggest, provide you with a window to look into – be that a window on events, emotional responses, or even a window to view information you may be needing to receive at the present time.

As you will see from the example photos below – Window Quartz crystals come in many shapes, flavors and configurations. The window itself – gives one a more in-depth look into these other quartz crystal types talents and gifts.

To use a Window Quartz crystal – sit quietly and meditate with it. Gaze into the window – try not to have any expectations as to what you may see or feel. This provides the crystal with the best chance of showing you what has previously been hidden from your view. These crystals have few peers when it comes to introspective personal self development.

Read more regarding Window Quartz Properties at the link below (will open in a new tab/window)….