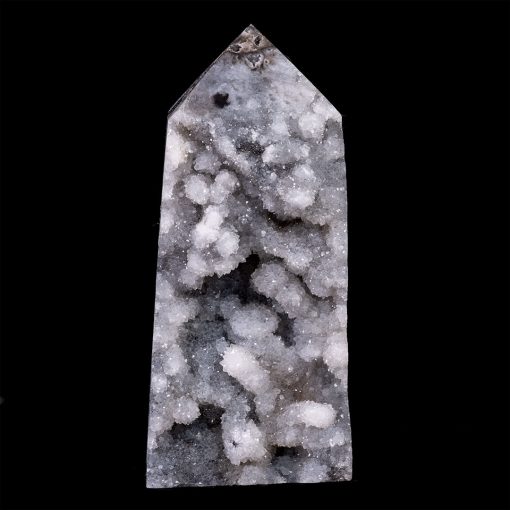 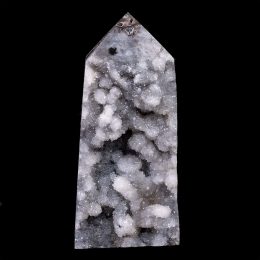 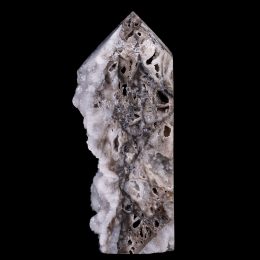 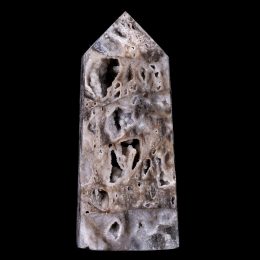 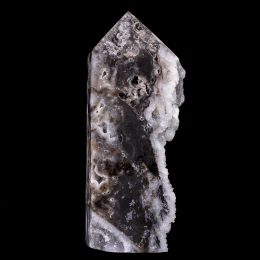 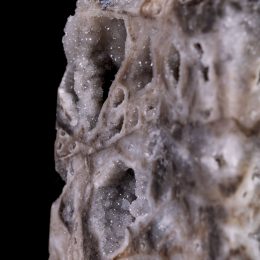 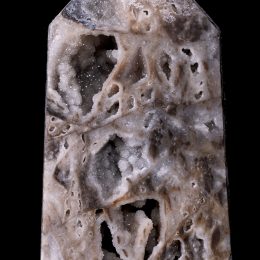 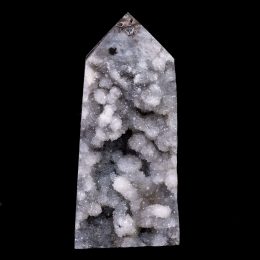 This is Druzy Quartz carved into a tower/ point. With the multiple druzy caves on each side this piece will sparkle with every turn. It’s such a stunner!! You’ll definitely want to be the one that brings this beauty home!