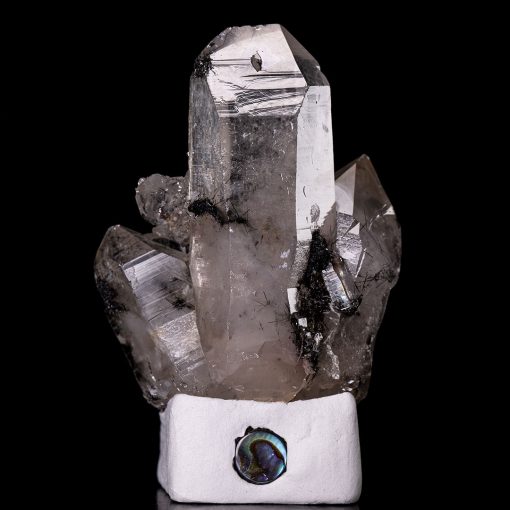 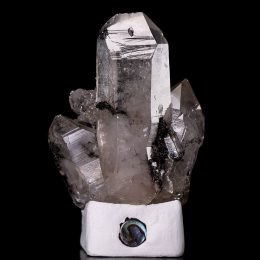 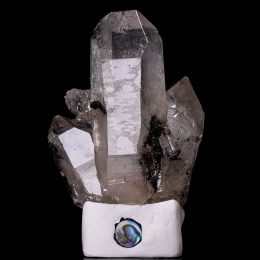 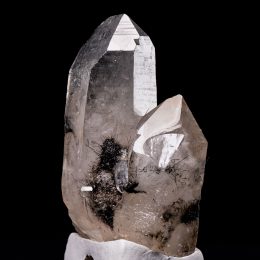 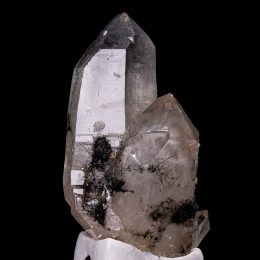 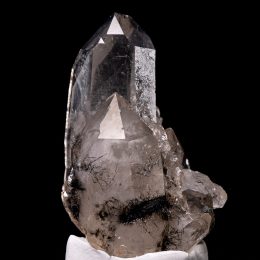 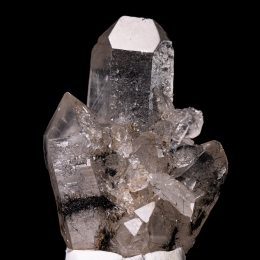 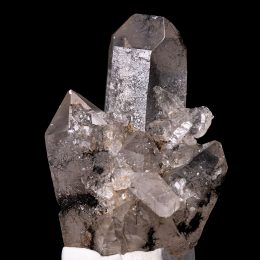 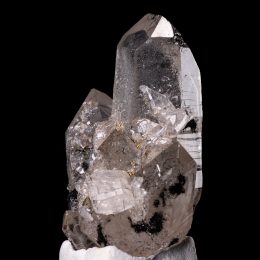 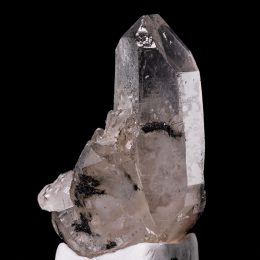 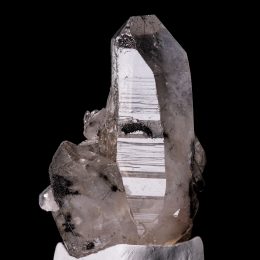 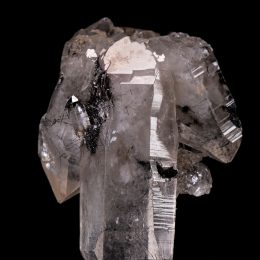 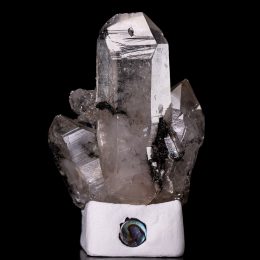 This Brazilian Quartz crystal features fantastic clarity and luster with wicked Hollandite inclusions and is totally terminated!! The removable base featuring New Zealand Paua shell comes with the crystal! This specimen is in excellent condition. Check out the video just below for the best look at this great specimen!