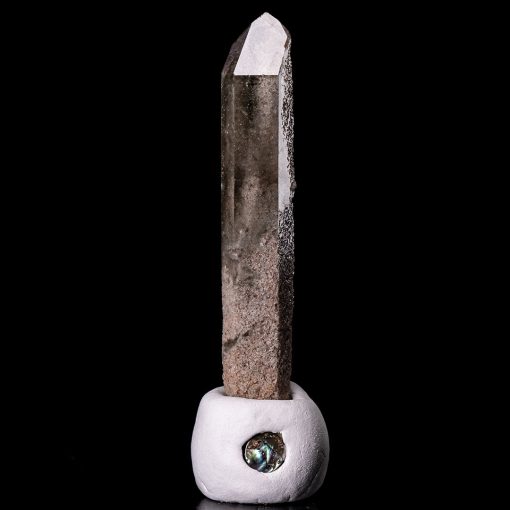 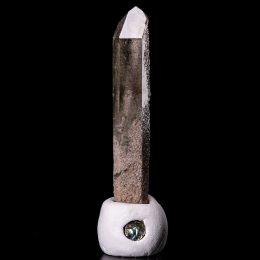 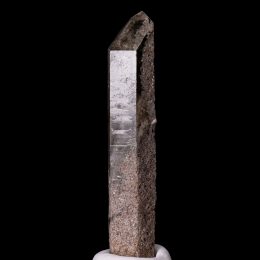 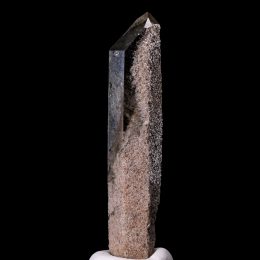 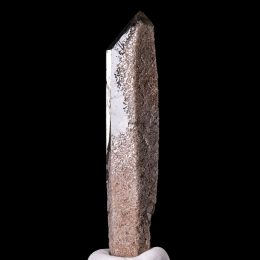 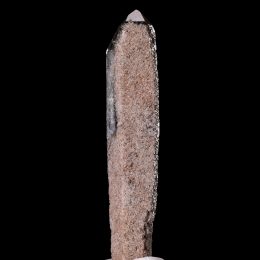 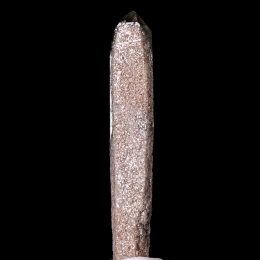 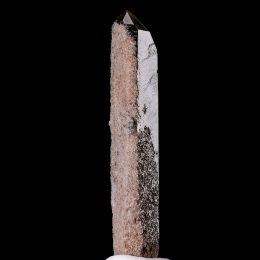 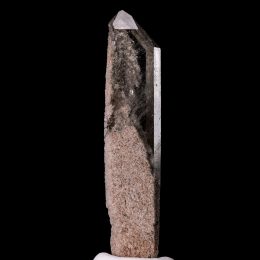 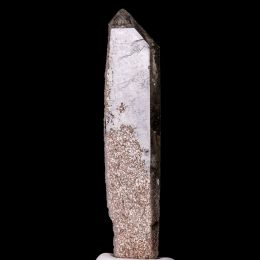 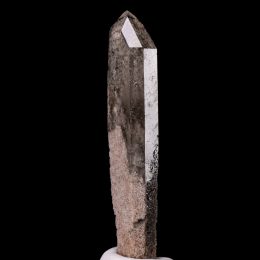 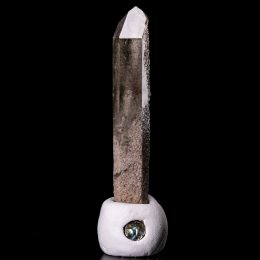 This laser wand has stunning clarity and shiny luster as well as wicked etched form and Chlorite inclusions!! The removable base featuring New Zealand Paua shell comes with the crystal! This specimen is in excellent condition.

Clear Quartz seeks to find balance wherever it is used. It has the ability to receive, store and transmit many different types of energy, including thought forms.

Clear Quartz enhances life force energy and makes it available for us to use in our everyday lives. It is the great harmonizer! Clear Quartz is a fantastic crystal to use for clearing blockages and is one of the easiest crystals with which to direct your conscious intent.

It works well with most other crystals and in a lot of cases will amplify the other mineral/crystal properties.

Clear Quartz has countless uses! With this in mind, a good idea is to meditate with one. Using your intuition and information gained from meditation will help you to zero in on that particular crystal’s best use for that particular time.

Read more regarding Clear Quartz Properties at the link below (will open in a new tab/window)….

This crystal has strong anti-cancer properties. It is a very good crystal for physical regeneration, especially as an elixir. It gives one raw usable energy.

Chlorite Included Quartz helps us to accept ourselves as we are, rather than what the media portrays the ideal person to be.

Chlorite included Quartz makes a powerful elixir that has all the properties above and much more.

In some cases Chlorite creates phantoms inside the Quartz crystal itself. As the Quartz crystal grows, a layer of Chlorite will wash over it. The crystal continues to grow over the top of the Chlorite, thus leaving an image of itself when it was at that phase of growth. Sometimes you get multi-layered phantoms.

Phantom Quartz Crystals are very powerful for getting yourself out of a rut and pushing on with love and appreciation.

Read more regarding Chlorite Included Quartz Properties at the link below (will open in a new tab/window)….