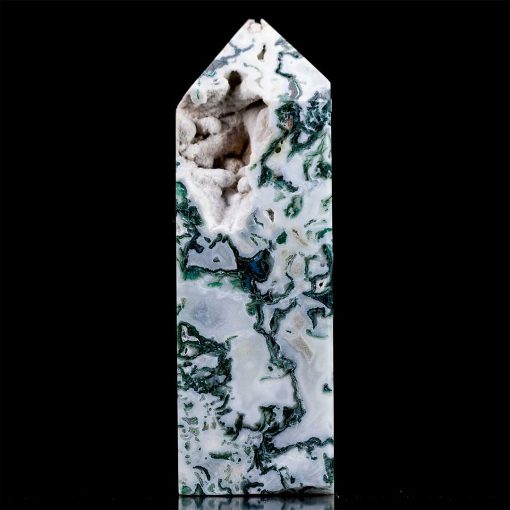 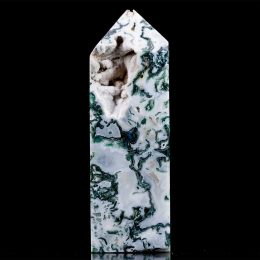 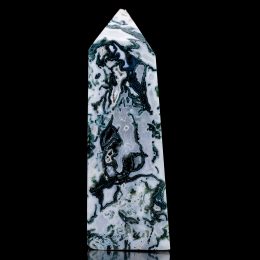 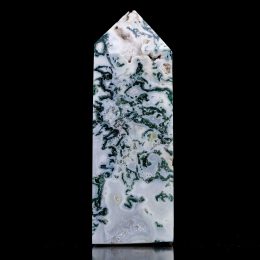 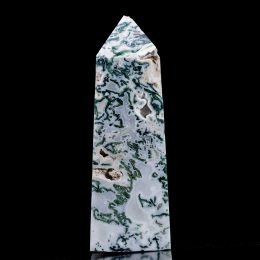 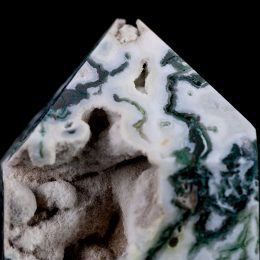 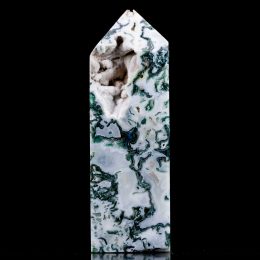 This Moss Agate Polished Point has crystal caves and awesome green patterning! Check out the video – please view the dimensions and allow for big hands!

Moss Agate helps one to facilitate and adjust to emotional growth, gaining self confidence, and self belief. It helps with the entire circulatory system and promotes balance between the left hand side of the brain and the emotional body.

Meditate with Moss Agate by visualizing it’s color being breathed into your heart region, this will help one become at one with nature and communicate with the devic realm.

Keep a piece in your pocket at times you are out in the garden. It is a stone of growth and health for the plant kingdom. Working with Moss Agate will better enable one to sense just what it is the plants require to attain maximum health and vitality.

Moss Agate is known to be a stone of abundance and health, particularly when used in elixir form. Furthermore, used as an elixir, this stone further connects one with the forces of nature and the devic realm.

Read more regarding Moss Agate at the link below (will open in a new tab/window)….