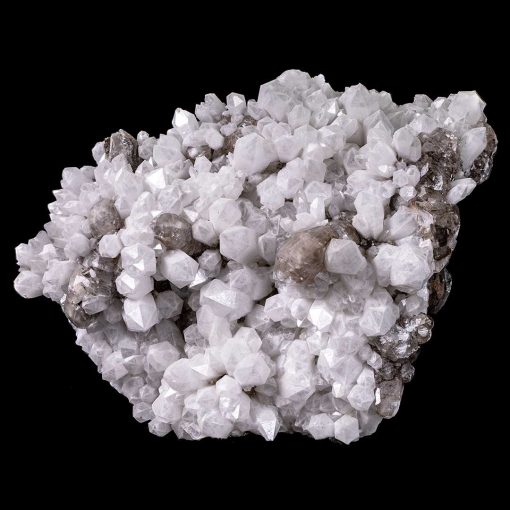 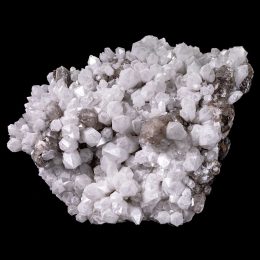 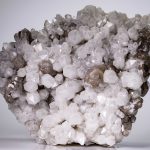 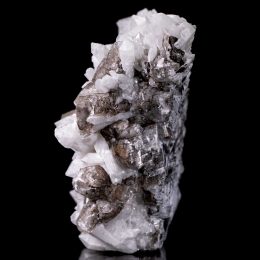 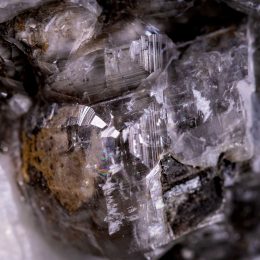 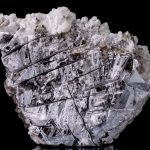 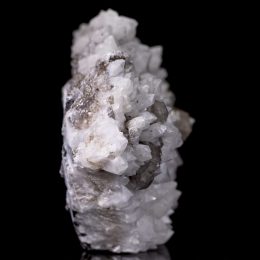 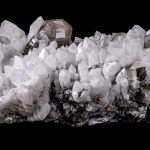 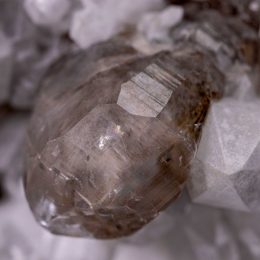 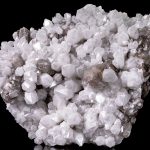 This specimen features an awesome Quartz Cluster with Nail Head Calcite Points included. Rainbows can be found in multiple locations. While the form itself is what really steals the show. An absolute must have!! This specimen is in excellent condition.

Mongolian Quartz Crystals have been coming out in greater and greater numbers since 2013. They are crystals for “The Now”. Mongolian Quartz promotes communication and purification of the “Group Consciousness”.

Many Mongolian Quartz crystals have inclusions of Green Hedenbergite.

Another style of Mongolian Quartz we will cover is the Dual Core variety. These are pseudomorph crystals. Initially the crystal will most often be a clear quartz crystal, then will at a later time be covered over with an included variety of Quartz, or a completely different color – though also mainly due to micro inclusions of other minerals. These crystals are like “Charging Stations”. The inner core radiates and amplifies the overlaid included layer – combining to make for a very powerful healing experience.

Read more regarding Mongolian Quartz Properties at the link below (will open in a new tab/window)….

Cascading Quartz seems to reflect it’s many varied names, in that it has many smaller crystals and/or triangular Elestial Quartz like form “cascading” down the sides. In rare circumstances, the termination also has this effect. Meditating with these crystals brings about an abundance of positive ideas!

This crystal stimulates growth in both physical and spiritual areas. Cascading – Candlestick – Pineapple Quartz crystals almost always form in Milky Quartz – this means they are jam packed full of ancient wisdom and knowledge. Having these crystals with, in and around your presence means you will always be provided with an abundance of inspiring information.

Cascading – Candlestick – Pineapple Quartz crystals can also offer one a layer of amour, (layers of protection). If you feel under attack from all directions – visualize and/or ask for a protective layer of crystalline amour from this crystal simply by using Conscious Intent. If you come under a surprise attack – the good news is that you do not need to have the physical cascading crystal in your presence. Do a remote connection by simply thinking about/visualizing or feeling the crystal – this in effect is like dialing up the crystals radio frequency and it will instantly make its abilities and talents available to you. This remote connection works with all Quartz crystal varieties.

Read more regarding Cascading Quartz Properties at the link below (will open in a new tab/window)….

Green fluorite is an amazing auric cleanser. Use it in clockwise circular motions above the body to cleanse the aura. It is as if a breath of fresh nature’s air breezes over and through your body!

It helps with cellular healing and regeneration.

It is a wonderful gardening companion. Pop one in your pocket and your intuitive processes will let you know just what to do and your gardens will thrive!

Read more regarding Green Fluorite Properties at the link below (will open in a new tab/window)….