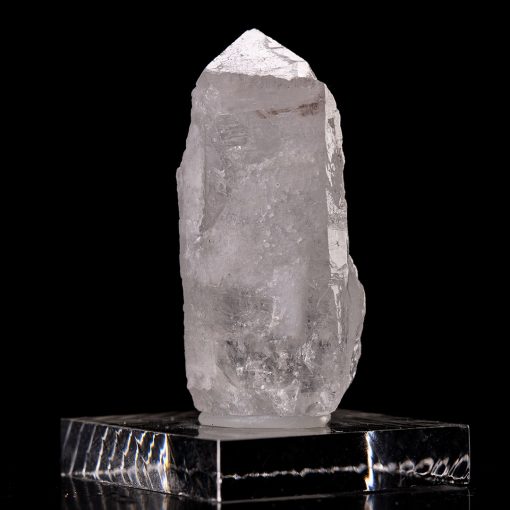 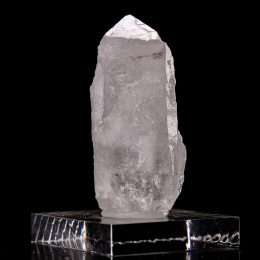 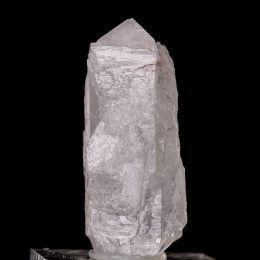 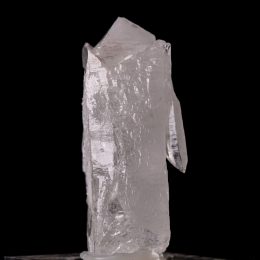 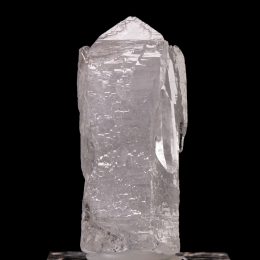 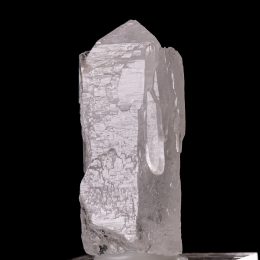 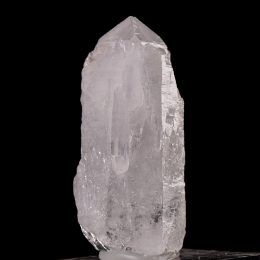 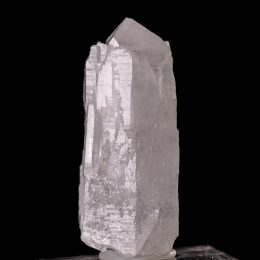 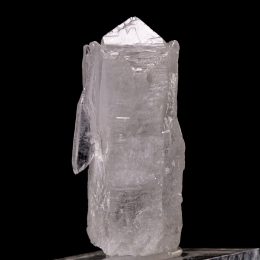 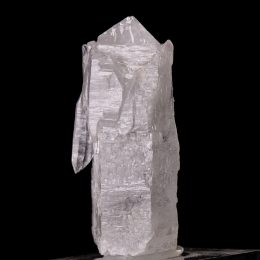 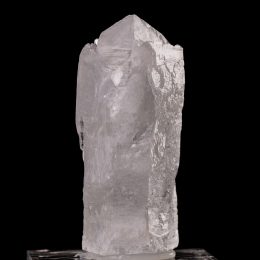 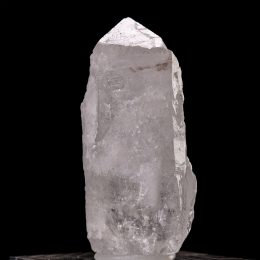 Check out the video just above for the best view of this specimen! New Zealand Quartz is hard to obtain – and we are based here! Somewhat unusually, the New Zealand Quartz from from the Coromandel area is controlled by a group of very elderly hobby miners who know where all the old gold mines are. These gold mines are well over 130 years old with old rotten timber propping them up!!! These brave souls, most well over 70 years old, both men and women go into these dangerous conditions and mine what you see here presented before you! This specimen is has rare reverse scepter formation with wicked etchings and is in excellent condition. In some circles New Zealand Quartz is known as sauralite azeztulite.

New Zealand Quartz crystals have a very vibrant, youthful exuberant energy. They are positively bursting with “get up and go” energy. They are like the babies/children of the Quartz World. Like children, there is an unspoiled purity about them, so meditating with these special crystals brings purity of spirit, soul and mind. Though they have these base properties – like us humans, each example is very different to another. When working with New Zealand Quartz, it is wise to have an open mind, an open heart and let your intuition be your guide!

Most New Zealand Quartz crystals form on a Milky Quartz matrix. The base of the individual crystals are also predominantly milky before often progressing through to clear terminations. These crystals are packed with fresh new information applicable to the new age we live in. The information stored in the milky data bank is then projected and transmitted by the clear terminations. They carry a message of hope, faith and a knowing that humanity can recover from the out of control abuse of nature, resources and each other.

New Zealand Quartz makes for an incredible elixir. It helps to purify and charge any water it is added to. Taking the elixir internally gives us greater access to the information inside. The elixir acts as a guide and interpreter for understanding the vast amount of information these crystals contain. Not only that, but also guide us in how to utilize and use this new information in our lives for the betterment of ourselves and others.