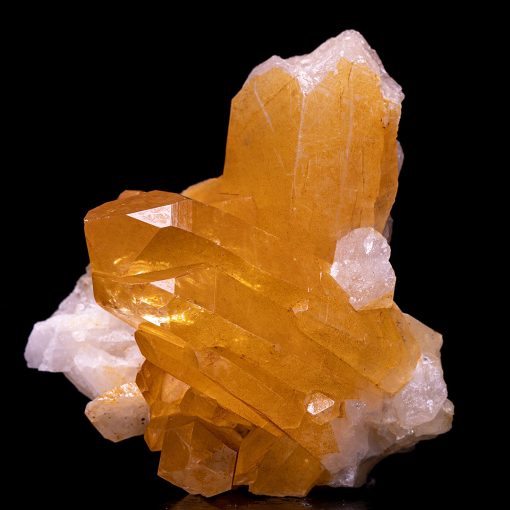 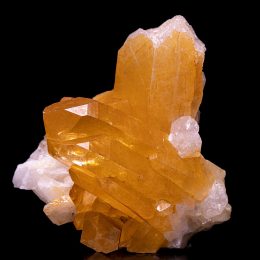 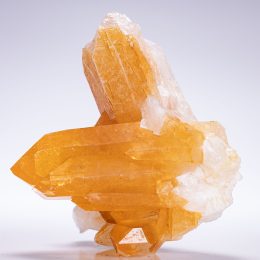 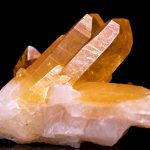 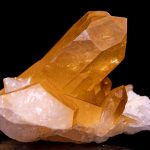 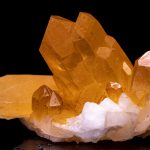 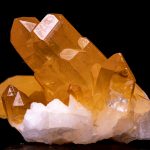 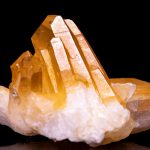 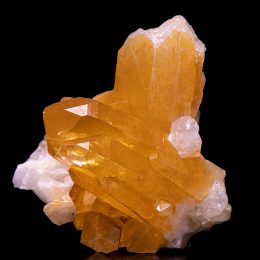 This completely natural “as mined” Specimen has incredible golden color, form and definition! The gorgeous crystal points themselves – have fantastic clarity and very nice Lemurian Seed striations! Some of the crystals have a light coating of titanium oxide giving the crystals surface a rainbow like iridescence – this is a very, very rare occurrence in nature! This cluster radiates golden rainbow light! It stands as shown in photo one, and is in excellent condition.

These crystals use the power of the golden ray to spectacular effect. Be it boosting self esteem, creating powerful positive manifestations in ones life, through to beaming golden light into the Crown Chakra, spreading that light throughout the rest of the body blowing away blockages and bringing balance!
The Golden Ray energy of the Golden Healer may represent the Divine Spirit, Source and Creation.  A Master Healer, the Golden Healer is of the highest vibration.  Its energy is powerful, yet gentle and soothing.

Golden Healer Quartz can be used to raise ones energy frequency, promoting spiritual communications over a long distance, including between realms and dimensions.