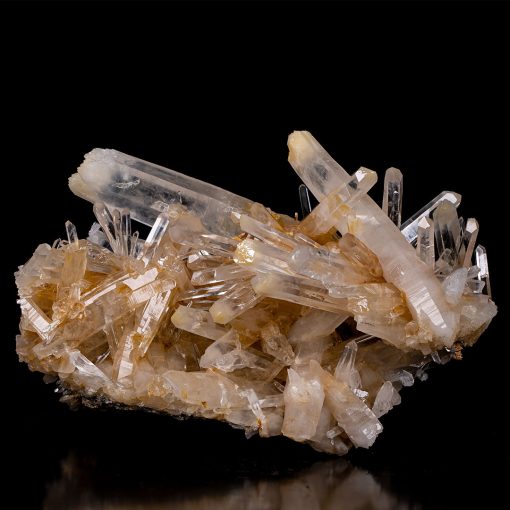 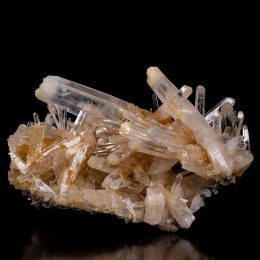 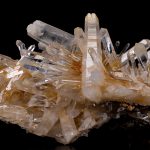 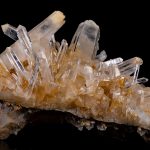 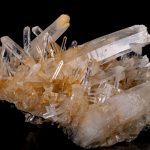 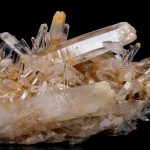 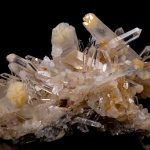 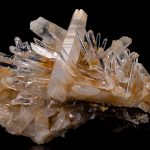 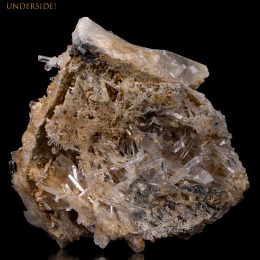 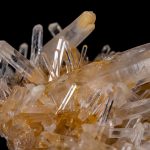 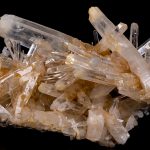 This huge all natural Colombian Mango Quartz Crystal has stunning laser form with rare Halloysite inclusions giving many of the extraordinary Cathedral Crowned terminations a bright mango color!! This crystal features incredible clarity with fine subtle striations and the shining luster that Colombian quartz is famous for! Check out the video just above for a closer look at this magnificent cluster! This specimen is in excellent condition and stands as shown.

Clear Cathedrals (they can be clear Citrine or clear Smoky) are referred to as Lightbrary Cathedrals. These crystals have doorways in their castling formation. To travel into the crystal, simply relax and gaze into the doorway. Once your mind, body and spirit are ready, you will see the doorway open and your consciousness will be drawn into the crystal. From there you can travel into different chambers and receive information that you are ready for at that time. You may also travel in inner and outer spacial dimensions in complete safety within the crystal.

Cathedral crystals are very rare, and seem to arrive in waves. There is not to much more to say about Cathedrals as everyone’s experience of them is usually unique to the crystal/person combination at that time.

Read more regarding Cathedral Quartz Properties at the link below (will open in a new tab/window)….