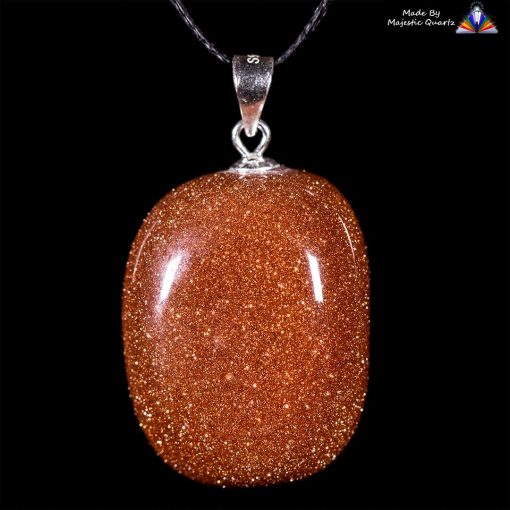 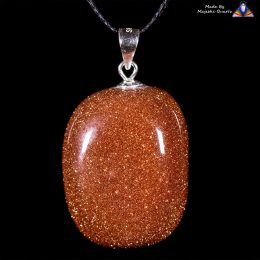 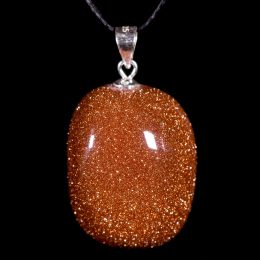 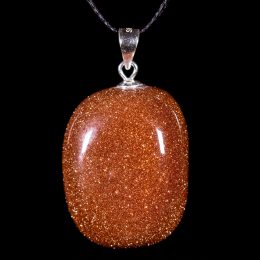 This Goldstone Pendant has incredible sparkles! It comes with 925 Sterling Silver Fittings. It also comes with an adjustable waxed cord – however a Sterling Silver chain may be added at the special price of only $9 USD! You may find the option to add this chain on the shopping cart itself.

Originally a group of Benedict Monks from Italy created the earliest known examples of the substance we call Goldstone today. During the 1950’s and 1960’s Professor Sugi from Japan (Sugilite is named after him) helped the monks refine the process whilst creating four color varieties. The original colors developed were brown, bright yellow, bright green and blue. For some reason the green and yellow colors were dropped from production in the 1970’s. Sugi also developed methods of dyeing agate with the Brazilians. Most of today’s Goldstone is made in China to higher standards than previously thought possible.

The nervous system is energized, and tissue regeneration is enhanced. It helps one balance and stimulate the mind. Goldstone is both soothing and energizing!

Read more regarding Goldstone Properties at the link below (will open in a new tab/window)….