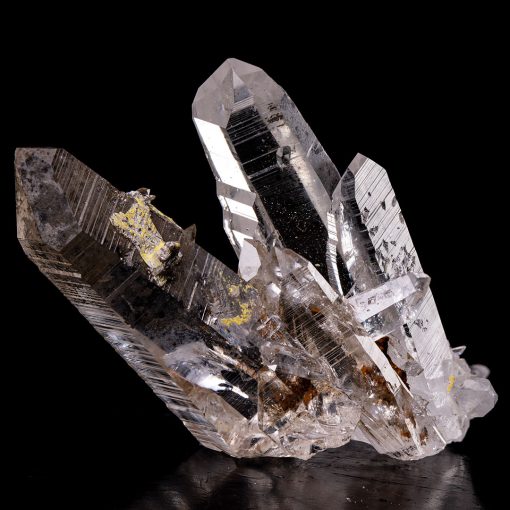 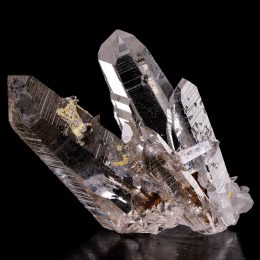 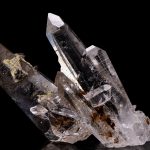 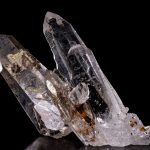 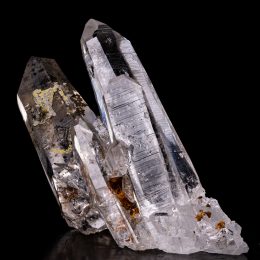 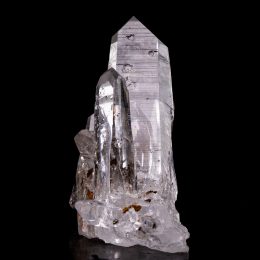 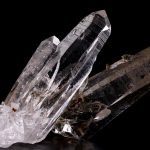 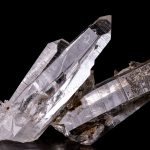 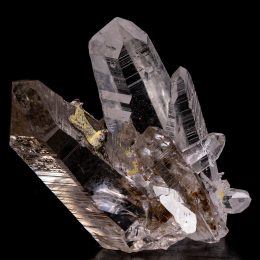 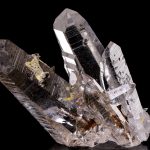 This Colombian Quartz Cluster has great clarity, an incredible silver light luster and wicked striations as well as awesome cluster form with internal veils that cast small rainbows inside!! Colombian Quartz has been tested as the most pure quartz in the world! This crystal is in excellent condition and self stands as shown. Check out the video just above!

Rainbow Crystals are very good manifestation crystals – as they have all colors of the rainbow inside them. This means they stimulate every chakra, thus stimulating every creative level possible. The full spectrum of colors make it easier to bring these manifestations into physical reality.

A good manifesting meditation exercise to do with a rainbow crystal is to lie down – place the crystal on your solar plexus. Now using visualization – concentrate on breathing in each color through the crystal, then on wards through the solar plexus and into the chakra concerned. Start with red for the root chakra, orange for sacral, gold for solar plexus, green then pink for the heart, blue for the throat, purple for the third eye, and white light for the crown. Seven breaths for each chakra should suffice. Now you are attuned to the crystal and have activated the 7 chakras – you are ready to use conscious intent to place your manifestation wishes within the quartz using the crystal programming technique. Once you feel comfortable the crystal has received what you wish to manifest into your life – the crystal will go on radiating that program 24/7, vastly accelerating the manifestation process.

Rainbow Quartz Crystals come in all the different flavors and varieties of quartz. The rainbows help expand that crystals default properties. An example would be the default root chakra grounding properties of Smoky Quartz will be expanded to the rest of the chakras covered by that particular rainbows color spectrum. These higher energies generated by the rainbow will be grounded into each chakra by the Smoky Quartz grounding properties.

Read more regarding Rainbow Quartz Properties at the link below (will open in a new tab/window)….