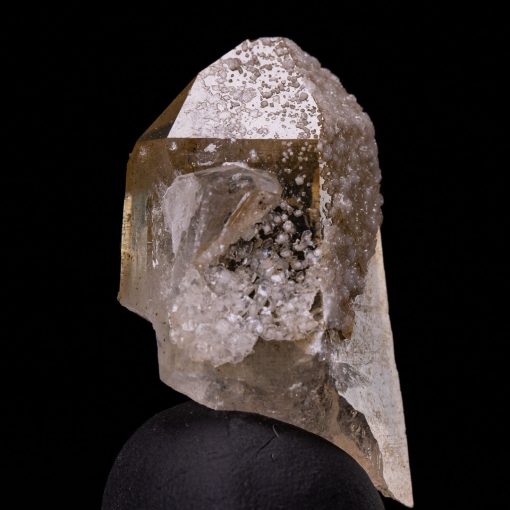 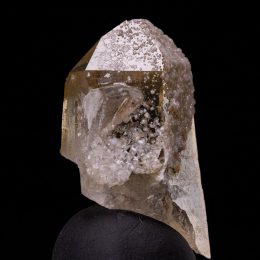 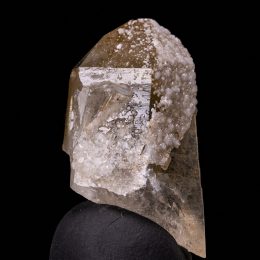 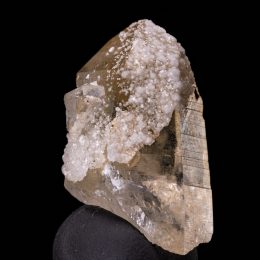 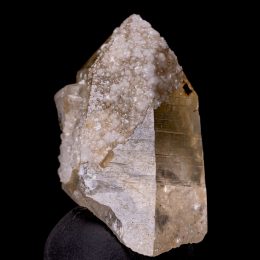 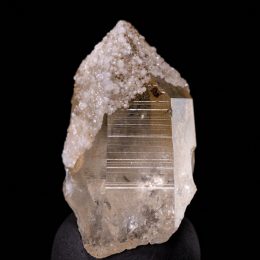 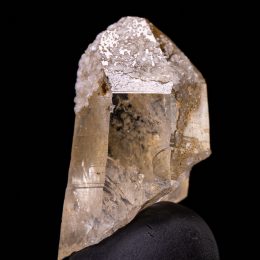 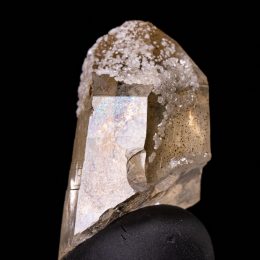 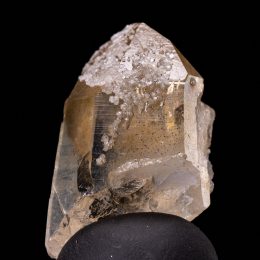 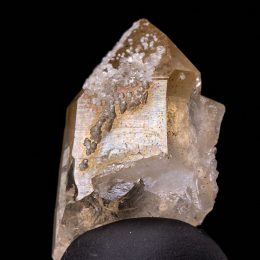 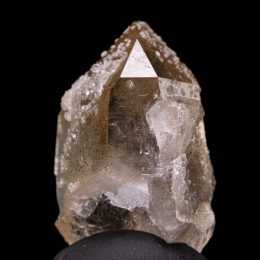 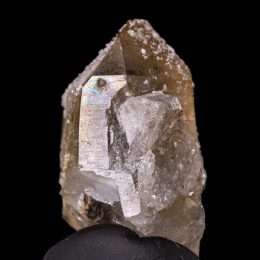 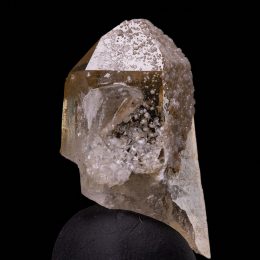 This specimen has wicked form and is encrusted with unique shiny druzy nail head Calcite. Beneath the Calcite lies the awesome golden healer color, the quartz itself has amazing clarity and luster with some spots sporting a natural iridescent finish! Colombian Quartz has been tested as the most pure quartz in the world! This crystal is in excellent condition.

Calcite comes in many flavors and color varieties.

Calcite energizes the body’s electromagnetic systems. It helps bring the Yin and Yang aspects of us into balance. It fortifies our emotional strength, helping alleviate fear and anxiety.

Meditate with Calcite to amplify thoughts and promote astral projection.

As an elixir it has powerful detoxification properties, with a special focus on the kidneys.

Read A LOT more regarding Calcite Properties at the link below (will open in a new tab/window)….

These crystals use the power of the golden ray to spectacular effect. Be it boosting self esteem, creating powerful positive manifestations in ones life, through to beaming golden light into the Crown Chakra, spreading that light throughout the rest of the body blowing away blockages and bringing balance!
The Golden Ray energy of the Golden Healer may represent the Divine Spirit, Source and Creation.  A Master Healer, the Golden Healer is of the highest vibration.  Its energy is powerful, yet gentle and soothing.

Golden Healer Quartz can be used to raise ones energy frequency, promoting spiritual communications over a long distance, including between realms and dimensions.